The problem of displaced people

There Is Hope is a Malawian non-governmental organization (NGO) providing refugees of Dzaleka refugee camp, as well as their Dowa host community, with access to education and income generating activities and strengthening their spiritual well-being. Our vision is to see them  escape poverty and become self-reliant.

This 5-minute video produced by Lindi van Niekerk and Alexa Sedgwick captures everything that we stand for.

Political turbulence in many regions of the world has increased the number of displaced people fleeing complex emergencies and disasters. They often end up in large camps where environmental health measures are insufficient. Refugees are people who have crossed an international frontier and are at risk or have been victims of persecution in their country of origin. Internally displaced persons (IDPs), on the other hand, have not crossed an international frontier, but have, for whatever reason, also fled their homes.

At There Is Hope, we believe that the impact of any work which seeks to graduate refugees from a dependency on aid will only reach its full potential when Malawi extends the rights of employment, freedom of movement, integration and access to public education to refugees. We have designed an extensive program aimed at lobbying the government to update its legislation, while bringing greater national awareness to the refugee issue. Allowing refugees to be part of the workforce will not only release refugees from destitution, but it will benefit Malawi with the resilience, determination and innovation that refugees have developed over many painful years.

There Is Hope has already come a long way – through our work we have been able to benefit refugee and Malawian communities alike.

View more posts from the blog. 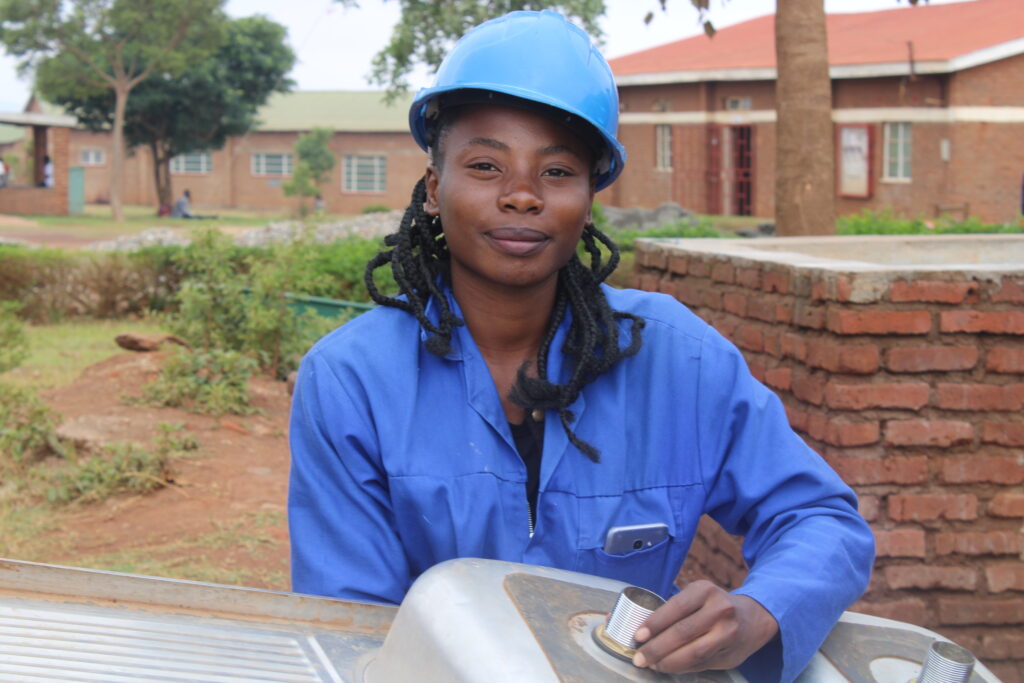 FROM A TILL OPERATOR TO A PIPE FITTER

She was motivated to pursues vocational training as she feels she can employ herself. She can as well work for other companies while operating her own business. She feels this is a skill and a job that cannot be taken away from her. “I lost the job as a Till Attendant but this skill will get me a job and a business that will be mine for the rest of my life”, she says with a cheeky smile. 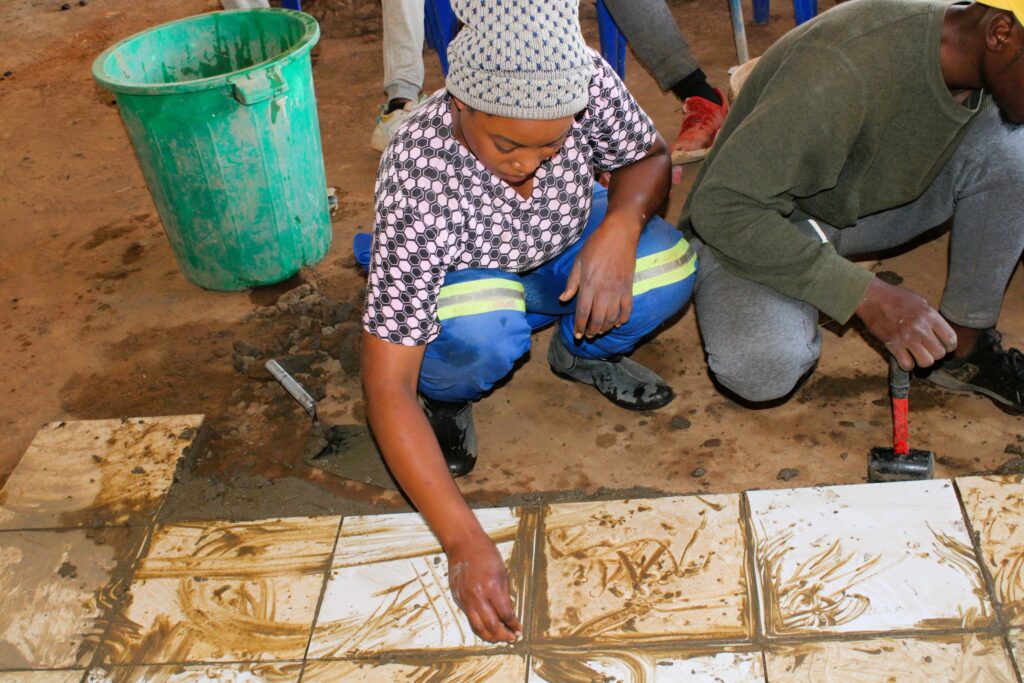 ADDING THE SHERRY ONTOP OF THE CONCRETE

After completing her secondary school, Sherrie started teaching at a nursery school. She later joined a construction company. While still working there, one of her colleagues informed her about There is Hope and the vocational training that is offered. When a call for applications for June 2022 Informal Intake was out, Sherrie applied and she got selected. She chose Bricklaying as she wanted to be a coordinator in a construction company as she had firsthand experience having worked in the industry before. Life skills training comes naturally to her as she is a self-trained tailor. 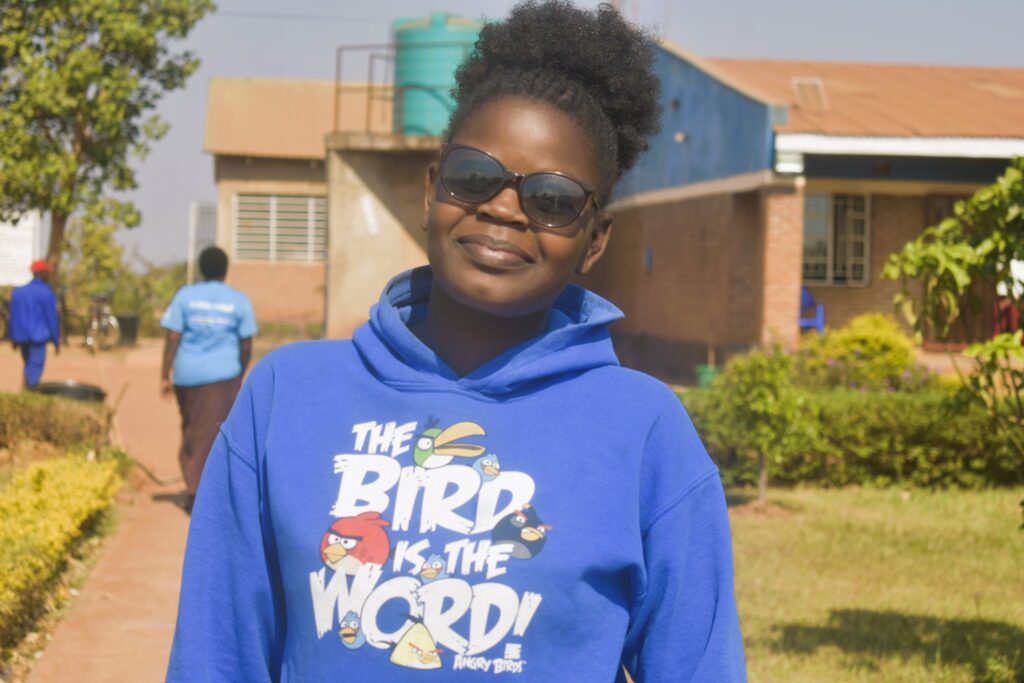 By Francisco Fhote Forditor is a 22 year old Malawian girl who was born in a family of 6 comprising 3 girls and 1 boy. After being selected to pursue secondary school education at Chinkoka CDSS in Madisi, Dowa, Forditor was caught up in the ills of adolescence, like many girls her age. About half […] 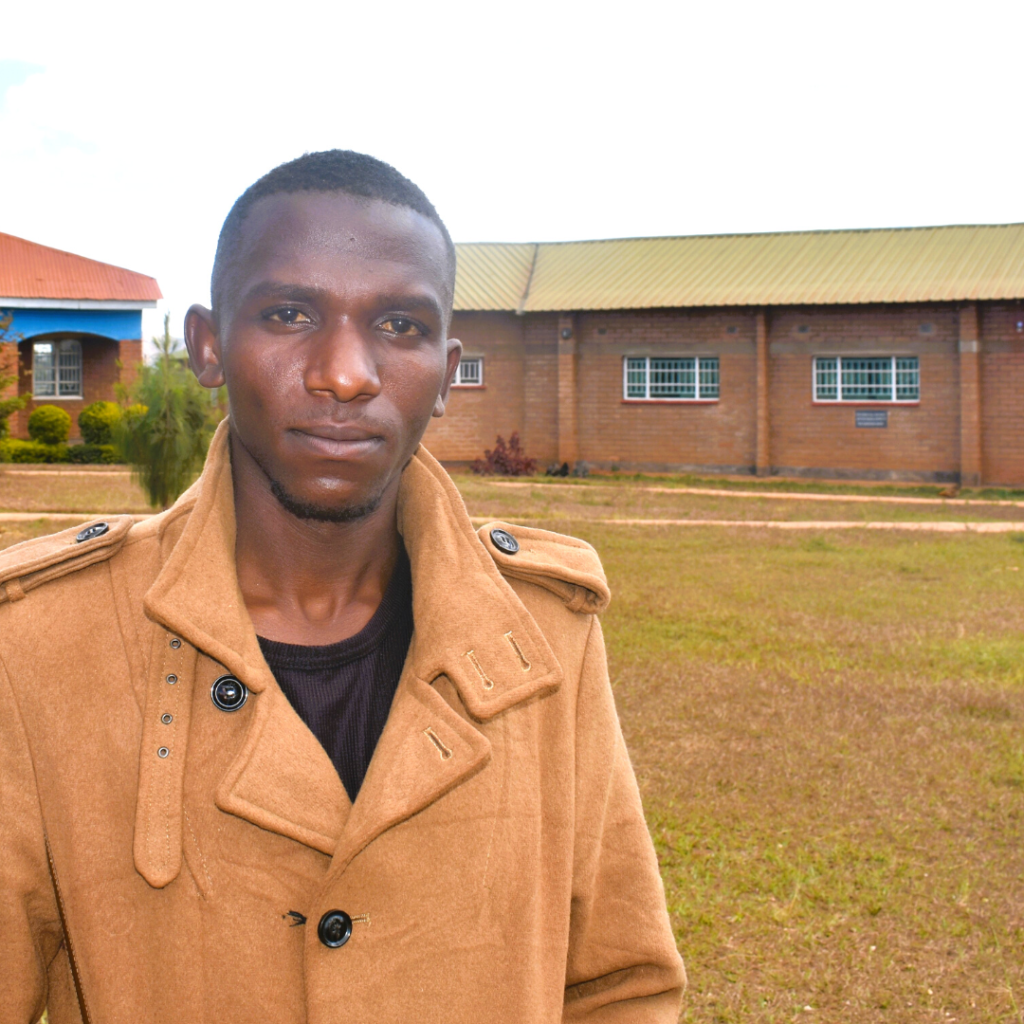 “Without the scholarship, my life would have been wasted”. By Francisco Fhote   After more than four failed attempts to find a scholarship for his university education, Jean was depressed. Jean loitered in destitution. He started applying for a scholarship soon after he had finished his secondary school education in 2018. He was unsuccessful twice. […]

The work and nature of There Is Hope is directly linked to the life and story of the organization’s Founder and former Executive Director, Innocent Magambi. Innocent lived as a refugee for more than 27 years, beginning as a small child, and knows firsthand the struggle and misfortune of displaced people fleeing economic crisis or military conflicts. Innocent debunks many common misconceptions about refugees and is dedicated to sharing the reality of what it means to be a refugee. As founder, he shares his vision for the plight of displaced people and encourages everyone he comes in contact with to understand why – and just how much – their help is needed to make a difference and change lives.

For us, charity work is not a matter of giving handouts but empowering beneficiaries to make the best out of their situation. Poverty is not so much a lack of material possessions as it is a state of mind developed through culture, beliefs and debilitating circumstances. Challenging this state of mind with love, compassion and care can transform a person’s attitude to the extent that they go on to become a source of inspiration and support to those around them.

Our greatest resource at There Is Hope is not the money we are able to raise but the time invested in our beneficiaries – listening, understanding and sharing in their suffering and joy. By forming authentic relationships we gain guidance about what their real needs are, and then embark on the transformation journey together.

There Is Hope strives to bring positive transformation to the lives of both refugees and Malawians. Our goal is to ensure that these people achieve self-dependence.

All programs are offered on a non-discriminatory basis and strive to engender key values:

A focus on program excellence.

Striving for transparency and efficiency of programs and resources.

Respecting and thriving on diversity, leveraging our strengths to make a difference.

Aspiring to the highest standard of honesty.

Regardless of religion, ethnicity, gender or disability.

Practicing humility and giving credit for our successes where it is due.

It could be you or me.

The situation in Malawi

Malawi, famously known as “the Warm Heart of Africa”, is a sub-Saharan landlocked country located in southeastern Africa.

Bordered by Tanzania to the northeast, Mozambique on the east, south and west, and Zambia to the northwest, Malawi obtained independence from the British in 1964. Despite a peaceful history and a democratic political structure, Malawi is one of the poorest countries in the world. Its estimated population of 18 million is one of the fastest growing worldwide. 45.1% of the total population is under 15 years old while life expectancy at birth stands at 56.7 years for men and 59.9 for women (UN, 2016).

More than half of Malawians live on less than $1 per day and the vast majority rely on subsistence farming. Industry is limited and major exports include tea, coffee, sugar and tobacco.

Refugees and asylum seekers in Malawi originate primarily from the Democratic Republic of Congo, Burundi, Rwanda, Ethiopia, Somalia, and more recently, Mozambique. Some of these people are the children and grandchildren of people who fled conflicts as far back as the 1970s, living in refugee camps in other countries before moving to Malawi in search of better opportunities.

It is in this difficult environment that There Is Hope works with refugees and their host community to provide access to business development, education and spiritual development programs. 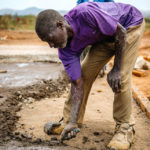 If you are interested in working with us remotely or here in Malawi, we would love to hear from you. Please email us and tell us about yourself and what you have to offer. Working together is a powerful way of encouraging and developing each other!

Learn more about life as a refugee by reading Innocent Magambi’s personal story. Available from Amazon.com in print or on Kindle.

There Is Hope runs a wide range of programs to help the refugee community in Dzaleka refugee camp. We strongly believe that real help is much more than just the emergency response to the basic needs of people in crisis. Our aim is to educate, train and empower vulnerable and displaced people, giving them the dignity, respect, sense of belonging, care and love that they need to survive – and ultimately – to thrive. 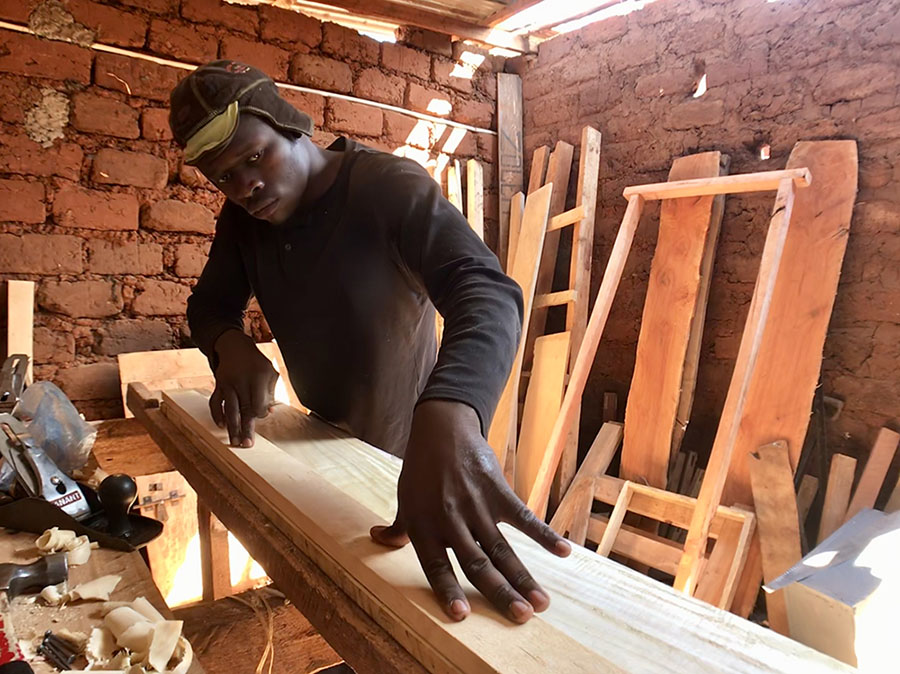 Giving people tools to establish normal lives enables them to provide for the needs of their families and to graduate out of poverty. 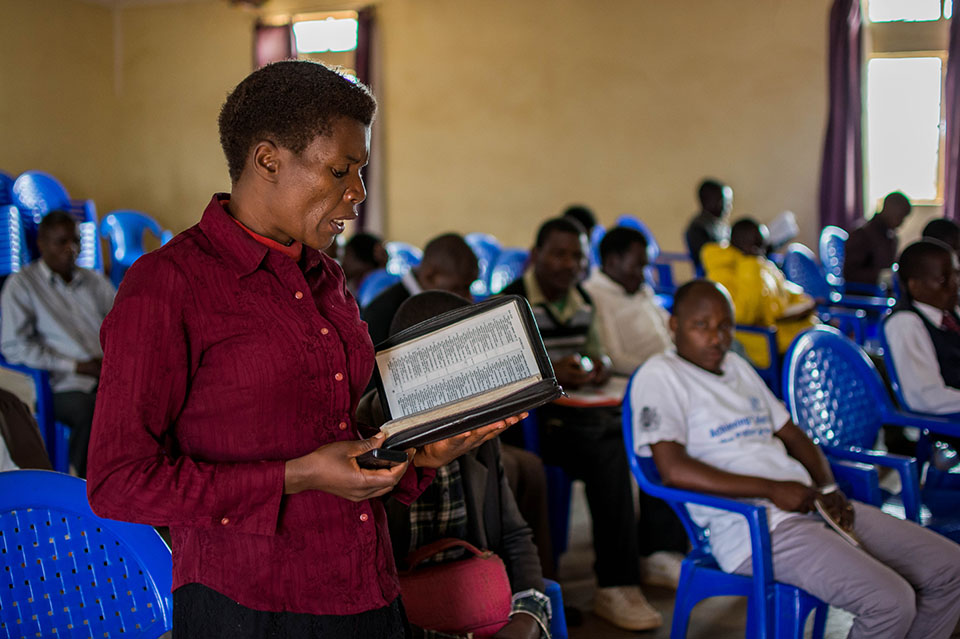 For change to effectively take root in a rural African setting, the whole community must be involved and the change must be accepted and endorsed by the leaders. 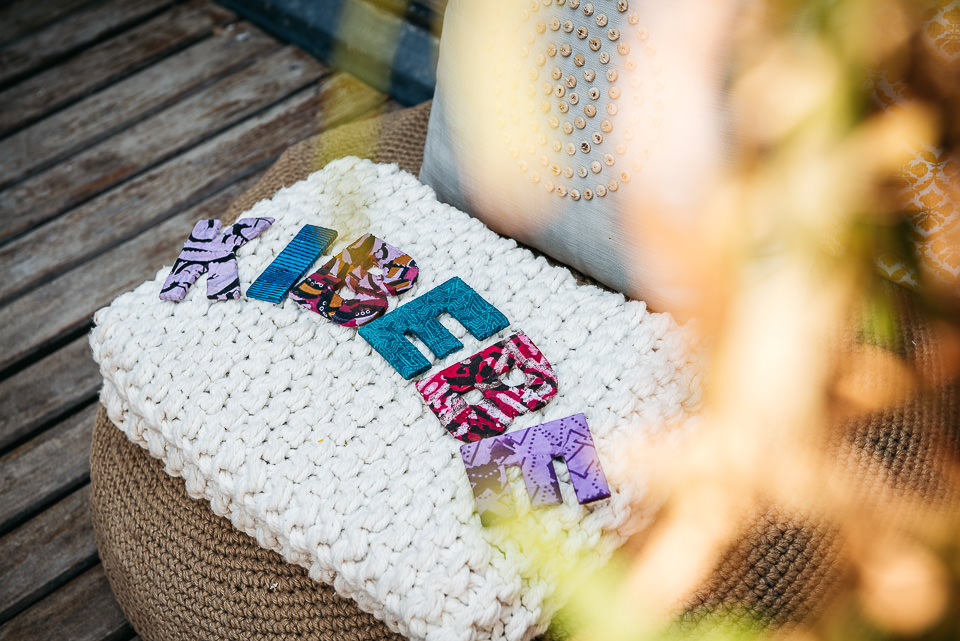 A sustainable income can transform families by providing necessary goods and services, increasing a sense of dignity and by allowing parents to be positive role models to the next generation. 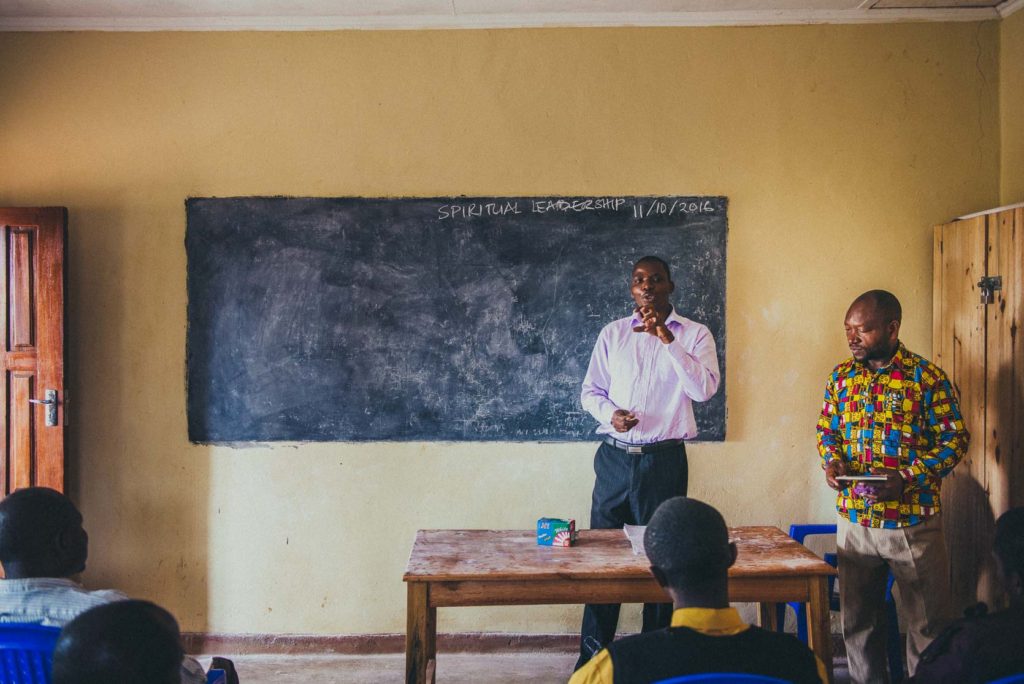 We believe that the impact of any work which seeks to graduate refugees out of aid dependency will only reach its full potential when Malawi extends to refugees the rights of employment, freedom of movement, integration and access to public education. 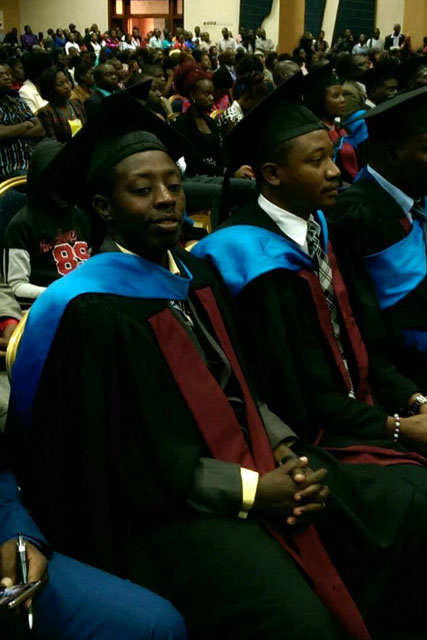 There is Hope values education as a transformational tool that sharpens minds and a movable capital that can be utilized wherever people end up in life. We provide scholarship funding for secondary and university studies for young people with potential which would otherwise be choked by lack of finances.

of artisans from our Social Enterprise, Kibebe, have invested part of their income in a second business

Two is better than one

Join our cause of promoting self reliance among the refuge community and their host community by making a donation!

Support us by clicking here>

If you are interested in working with us remotely or here in Malawi, we would love to hear from you. Please email us and tell us about yourself and what you have to offer.

Support There Is Hope with a tax deductible contribution to our programs.

We thank our valued partners.