Home / about us / Our History

There is Hope stems from a vision that Innocent Magambi felt God placed on his heart in 2006. Innocent was born to Burundian parents in a refugee settlement in the Democratic Republic of Congo (DRC). When civil war broke out in DRC, he was forced to flee the country and lived in various refugee camps in Tanzania, Zambia and later Malawi. 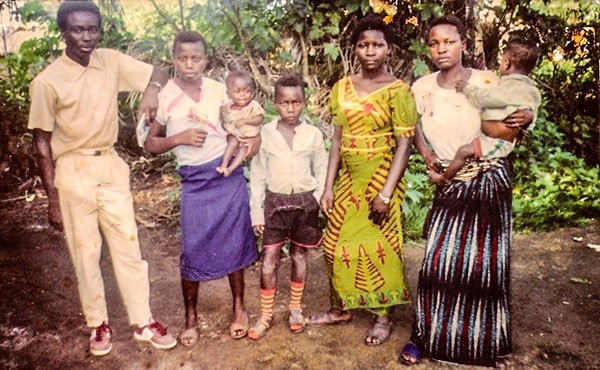 At age 26 and living in Dzaleka Refugee Camp, Innocent received a scholarship to study at a bible college in Lilongwe. Gradually, his life was transformed and for the first time, he had the opportunity to live outside a refugee camp. Innocent could not forget his fellow refugees who were still living at Dzaleka Refugee Camp. While in class one day –  Innocent felt a deep conviction to respond to the multitude of needs of people in Dzaleka. His new local church embraced his vision and helped him register There is Hope. From that time, countless people have played a vital role in making There is Hope a reality.

There is Hope is the expression of our commitment to uplift those whose development is limited by poverty and displacement. We work with refugees and the Malawian host community by providing opportunities for social enterprise, education and leadership development.

We are a Christian, non-denominational, non-profit, and Non-Governmental Organisation (NGO), that follows non-discriminatory policies. Our vision is to see refugees and their host community escape poverty and become self-reliant.

There is Hope is registered under the Malawi Trustees Incorporation Act since 31 December 2007, and we are a member of NGO Board of Malawi as well as CONGOMA (Council for Non-Governmental Organizations in Malawi). In 2015, Innocent Magambi published his memoire, Refugee for Life – My Journey across Africa to Find a Place Called Home, a gripping account of his experiences as a refugee.