Their Chickens Hatched a School

Their Chickens Hatched a School

When we walked into the compound on that cloudless Thursday afternoon of 6 March 2017, the place was buzzing with kids. Jolly male and female schoolchildren donning sky blue ponchos as uniforms played within the premises, some chasing each other around while others simply watched the fun from a distance. A group of teachers meekly supervised the kids as a few other teachers who sat on chairs socialized with some of the children.

If we had stepped into the same place three years ago, the scene would have been different – because three years ago the only building in this compound was Integrity Church. The building still stands majestically opposite the preschool. The leader of the church, Pastor Desire Farine, is a refugee from the Democratic Republic of Congo (DRC). He is also one of the beneficiaries from our small scale loan programme. His story is significant and we were here to learn how his church profited from the loan.
“We obtained the loan from There is Hope in 2015.” Pastor Desire started as soon as we got settled. “We used the money to start a poultry business.” He went on, adding that for starters they bought 100 chickens and reared them as broilers. The business picked up fast and made them a a reasonable profit. In fact, a year and nine months later, Pastor Desire and his church built Integrity preschool from the proceeds. The preschool targets refugee children aged three to six years. Six refugees work at the school as volunteer teachers.
“We are so happy with the results that There is Hope’s loan has brought us.” Commented the pastor. The school is so successful that the pastor has plans to extend it to accommodate three more classes. There are a lot of possibilities that pastor Desire and his church could have chosen to do with the loan profits but why did he opt for a school?

“There is only one preschool in Dzaleka and it cannot cater for the numerous refugee children in the camp.” He replied, adding “One day if we return to our home countries, we want to go back with educated children, and establishing a school will help us achieve that goal.” The preschool is not the only educational institution that Integrity church established from what they earned from the loan. They also set up an “English Centre”, an afternoon school that runs from 1 PM to 3 PM. 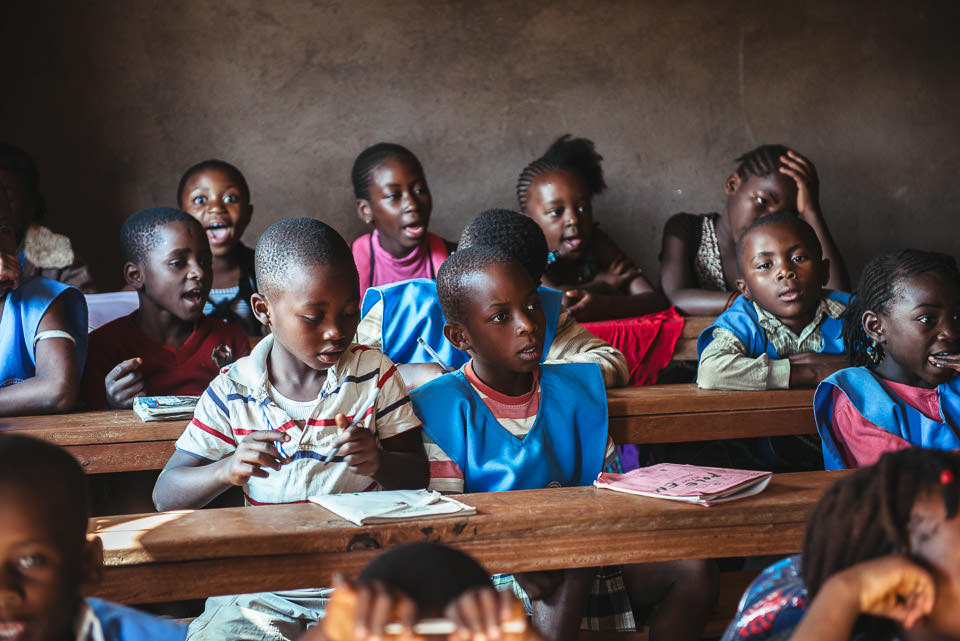 The English Centre targets adult refugees who are non English speakers, mostly those from French and Swahili speaking countries. It also serves refugees who want to integrate into Malawian schools as well as refugee businesspeople. The centre has three levels; Beginner Zero – for those who cannot speak English; Beginner One – for refugees who have basic understanding of English and Intermediate level. Over 100 students are enrolled in the classes.
“You know what, I am one of the products of the English classes.” The pastor proudly revealed, much to our surprise. “I can communicate better in English today because I joined the class.”

We were so mesmerised with his tale that we were curious to know how else his church had reaped the benefits of the loan. The pastor told us that his church used part of the profits to provide food and basic necessities to around ten widows in the camp.
Looking forward, Pastor Desire has much bigger visions. He disclosed that Integrity Church aspires to construct a primary school in the Dzaleka camp and also start a small scale piggery or rabbit farm.
As we wrapped up our conversation, the pastor invited us to briefly attend one of the preschool class sessions. A triumphant and resounding “Good morning!” greeted us when we marched into the class. As we marvelled at the bright faced school children we could not help but admire that these well built classroom blocks came from a loan and a small chicken farm.